The story of Hotel Aguas Claras in Puerto Viejo de Limón starts back in 1984. Elizabeth, the hotel’s owner, worked as a translator in Costa Rica’s capital city and was invited by a co-worker to come and check out Puerto Viejo. Back then, nobody from San Jose would ever consider going there. The trip would involve hours and hours on dirt roads, and when you got there, there’d be neither electricity nor running water. For what’s now a popular beach town, back then Puerto Viejo was totally isolated. The entire community had just one shared telephone wired up at the “Pulperia del Chino” as their means to connect with the outside world. 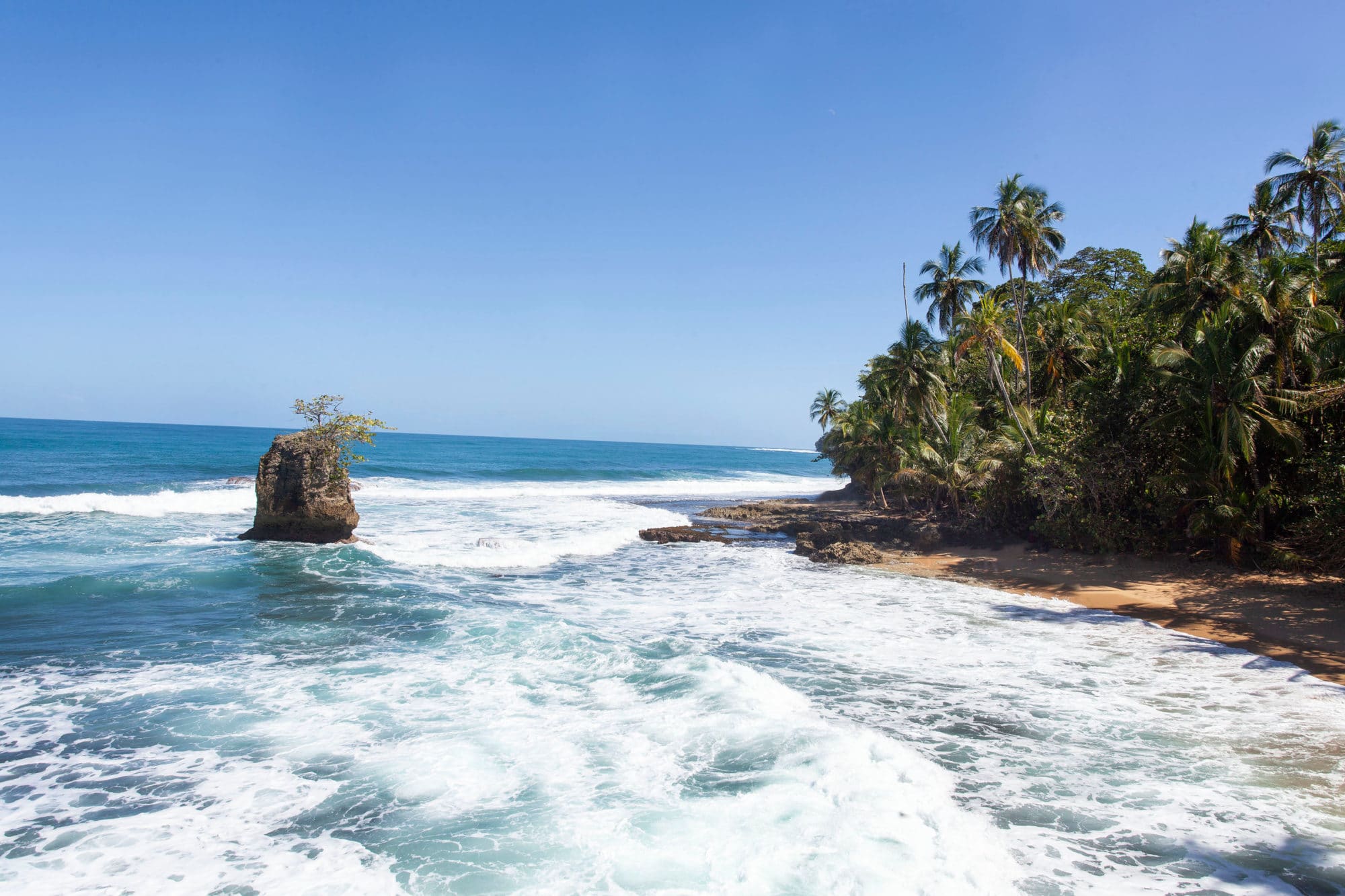 Besides being a translator, Elizabeth was a dancer and artist too, and was immediately captivated by the rough charm, the warm clear waters and exuberant nature of Puerto Viejo and Costa Rica’s Caribbean Coast. She would start to go back at least once a month. When her daughter, Elena, and son, Franco, were born, they came along on those trips too and soon started surfing and making close friends with the local kids.

Surely enough, Elizabeth bought a house in Playa Chiquita and, just like that, her family became fully-fledged members of the local Puerto Viejo community. The eclectic town was their second home, their happy place of joyful moments and magical encounters. The Caribbean culture also became an important inspiration for Elizabeth’s artwork.

In late 2014, Elizabeth went on to buy the property where Hotel Aguas Claras stands today. While living in New York City, her daughter Elena had the first idea of building a recording studio in the jungle. The idea instead morphed into creating a hotel, opening Puerto Viejo up for others to fall equally under its spell.

With the new life project defined, Elizabeth set about restoring the property’s Victorian-style Caribbean houses that were known as Aguas Claras. Elena joined her mother and developed the concept for the new rooms and the hotel’s Papaya Restaurant. Et voila… almost four years later, the mother-daughter duo unveiled their curated arts boutique masterpiece, with the hotel opening its doors to the public in late 2018 and becoming the first 5-star luxury hotel in the area. 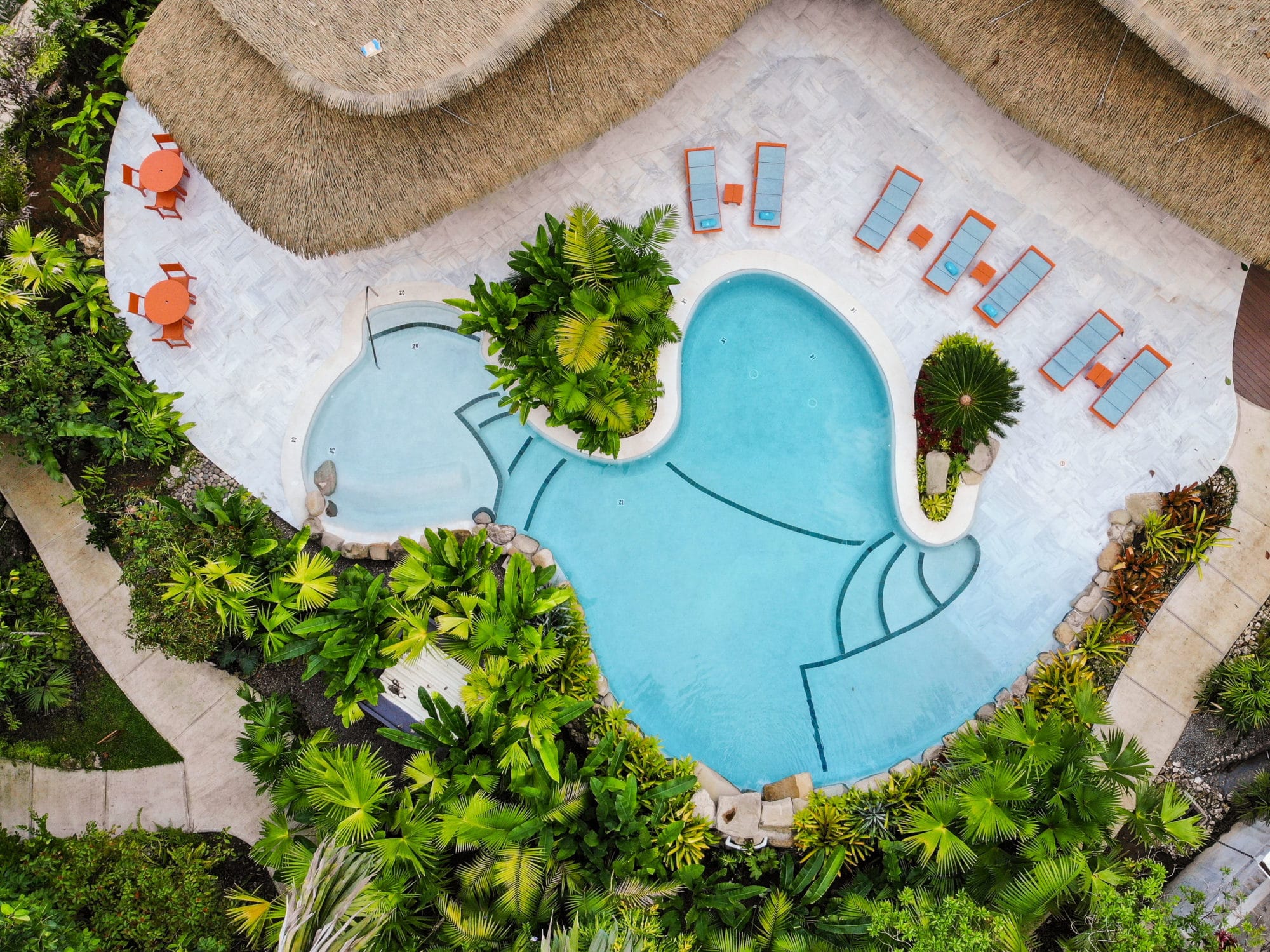 Now the newest member of the Cayuga Collection, together – and at long last – we’re bringing sustainable luxury to Costa Rica’s rugged Caribbean Coast. Ready to experience it? We’re just an email away – reservations@hotelaguasclaras.com. Alternatively, chat with us by clicking the icon below.

Thinking about combining the Pacific with the Caribbean Coast on your visit to Costa Rica. Check out or Coast To Coast Experience here.